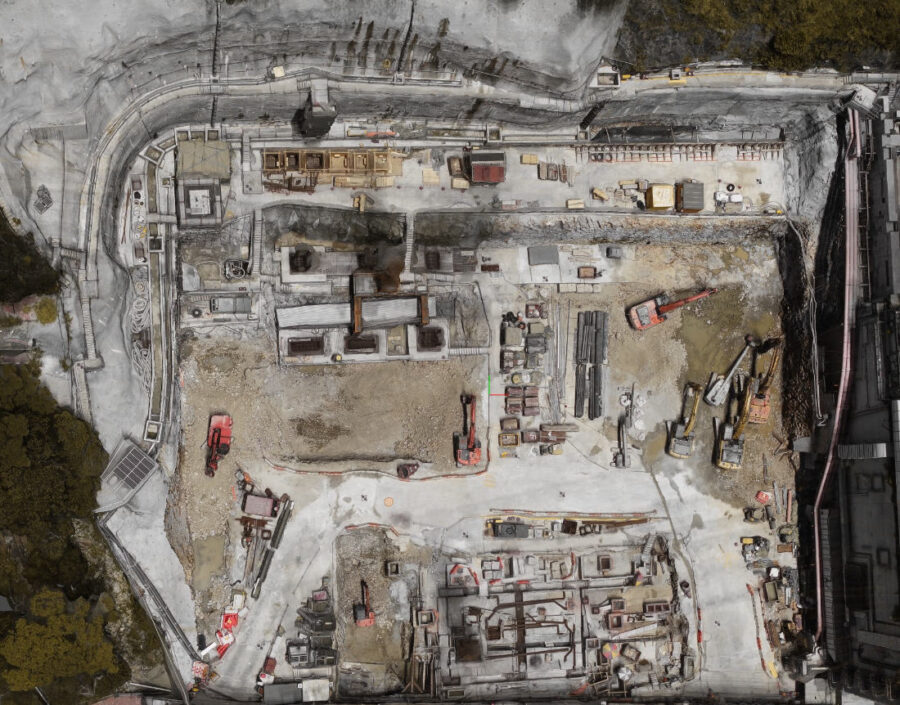 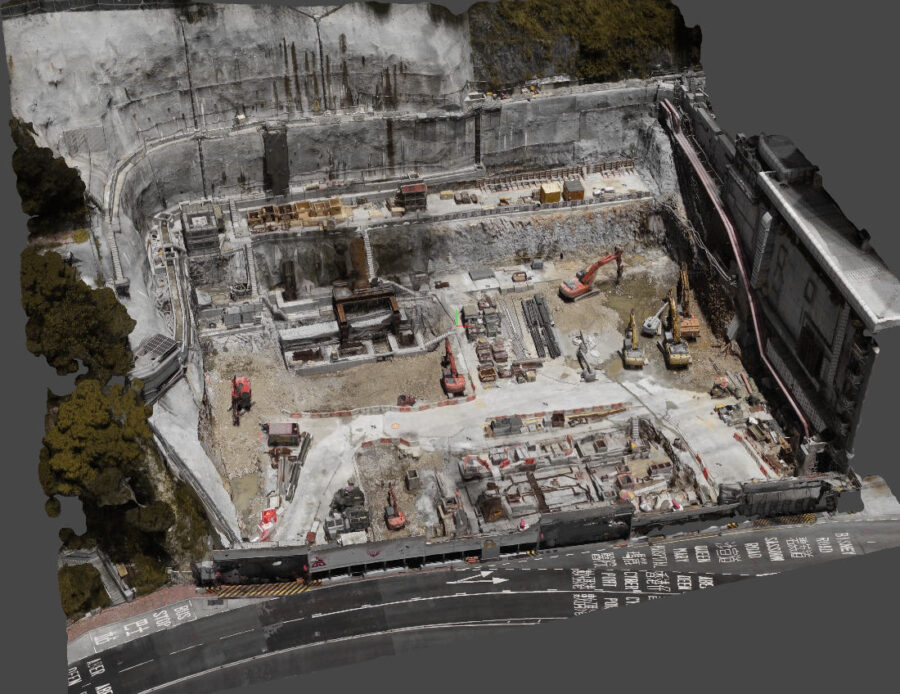 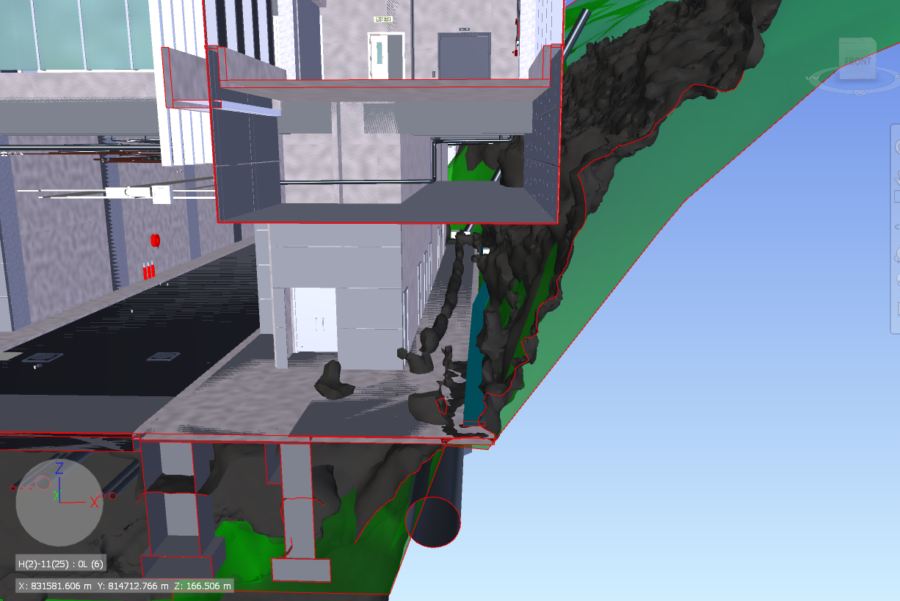 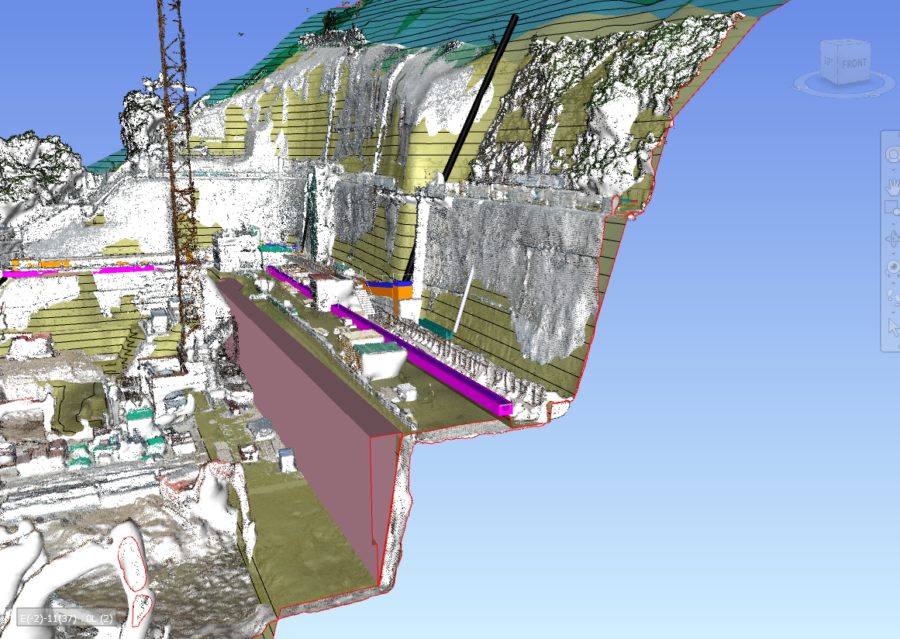 As part of the Hong Kong Hospital Authority’s 10-year Hospital Development Plan, a new acute block is being constructed adjacent to an existing hospital. To facilitate as much space as possible for the new acute block, some of the existing slopes were to be excavated.

The clearance between the designed slopes and the external wall of the new block was limited to maximise space inside the building, so the accuracy of slope excavations was critical.

Mott MacDonald, the Structural Design Engineers on the project, engaged Dronesurvey Asia to carry out an aerial survey during excavation and site preparation works to ensure accuracy of the works.

By overlaying the 3D scan mesh onto the Revit BIM models, Mott MacDonald’s engineers could easily identify areas of the slopes which were outside of the tolerance needed, and required amending.

3D photogrammetry capture was done with a DJI Phantom 4 Pro, and processed in PiX4D. Geo-correction and ground control points were set and measured with an Emlid Reach RS2 GNSS receiver.

This website uses cookies to improve your experience while you navigate through the website. Out of these cookies, the cookies that are categorized as necessary are stored on your browser as they are essential for the working of basic functionalities of the website. We also use third-party cookies that help us analyze and understand how you use this website. These cookies will be stored in your browser only with your consent. You also have the option to opt-out of these cookies. But opting out of some of these cookies may have an effect on your browsing experience.
Necessary Always Enabled
Necessary cookies are absolutely essential for the website to function properly. This category only includes cookies that ensures basic functionalities and security features of the website. These cookies do not store any personal information.
Non-necessary
Any cookies that may not be particularly necessary for the website to function and is used specifically to collect user personal data via analytics, ads, other embedded contents are termed as non-necessary cookies. It is mandatory to procure user consent prior to running these cookies on your website.
SAVE & ACCEPT
X